For the past month or so the temperature has been anywhere from -15 C (5 F) to about 0 C (32 F). We have been told this is the perfect time for ice skating. They have lots of different areas to go to on the nearby river and branches of it.  The ice is still very frozen and hard but it’s not so terribly cold out.  Some days it actually feels warm compared to what it had been this winter.

So the other evening, Violet and I met up with Elisabeth to try it out.

They have a little building right by the ice where you can rent your skates if you don’t own any.

She did ok for it being her third time ever. But I’m surprised she didn’t complain of a sore butt the next day. 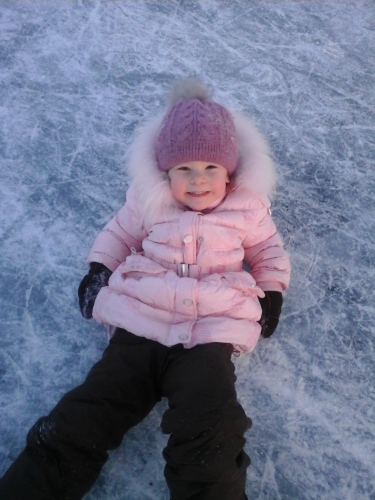 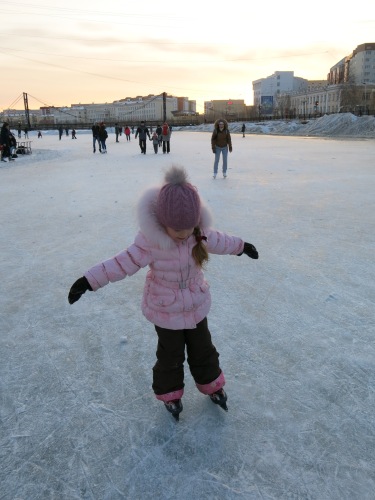 This past weekend we had a visit from some friends who lived in Moscow while we did last year.  They were in England for some time while we were in the states and were heading to Saint Petersburg, but had some time to visit with us.  It was so good to see them!  They also have a new little boy who was born about a month before Keith.

On Friday, they came over to our place and it was nice to catch up and let the kids play together. We all went out to the playground, but it didn’t last long before we got rained on. 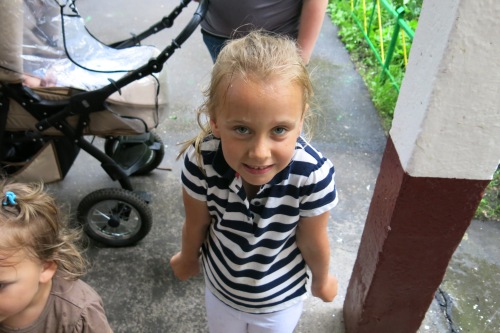 Saturday we all went to the mall together, since it was going to be a wet day again, to go ice skating which is inside the mall. My friend Anya and their oldest daughter are good at skating and have been wanting to do it for some time. Violet has only done it one other time, when we visited them over a year ago, and it didn’t go so well. You can watch here. And here is a little video if you would like to see how we did this time.

We are very thankful for the friends we have made here, they will be missed when we move in the near future to the far east.

Recently with the girls…

Keira likes her thumb a lot these days

My morning girls in their jammies

.
During our play date with Sophia and Marta:

Sophia during her ice skating lesson 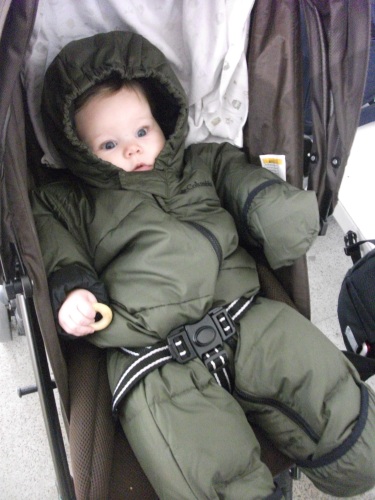 After her lesson, just hanging out in the lockers 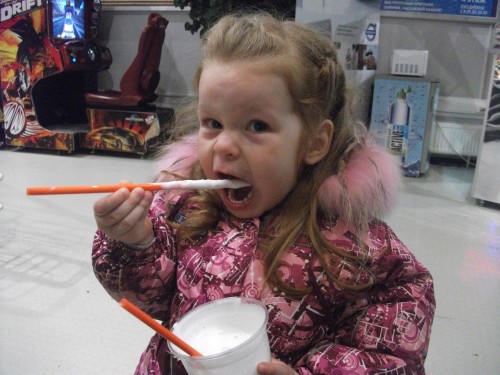 Anya treated the girls to a yummy foamed milk drink which tasted like marshmallows! 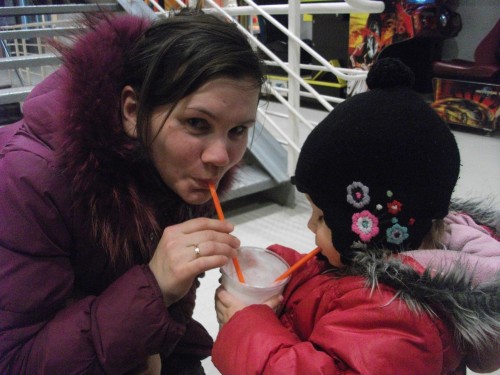 One of Violet's pictures (with some editing)