Another month has flown by already, and this little guy has not stopped growing.  He is a rolling machine.  If I leave the room for a minute while he is on the floor I never know where he will be when I come back.  I’ve really been trying to keep my eye on him these days. I’m expecting to see him crawling any day though. When he is on his belly, he will occasionally get up on his hands and knees and start rocking back and forth.

On a rolling escapade

I caught him on his knees!

He loves playing with his daddy’s hair 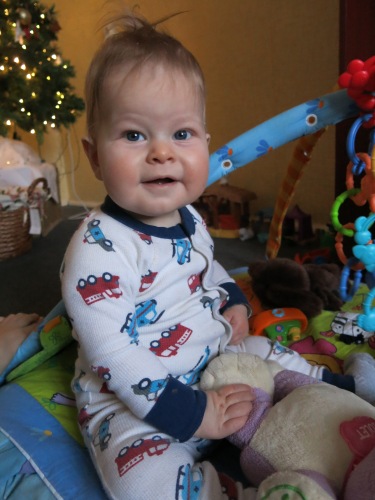 He is almost sitting by himself now. He can sit really steady for a good bit, but then it seems like he just gives up and lets go and falls backwards or face first. 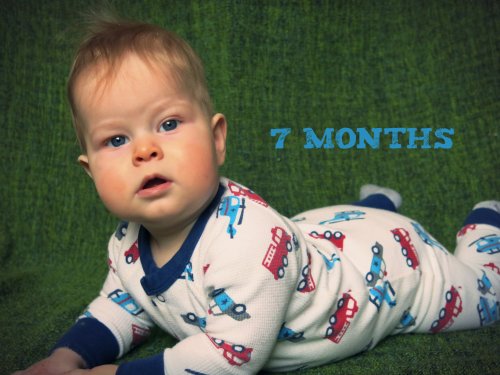 What a happy little boy we have been given and we love so much!

This entry was posted on January 12, 2014 by mkv09. It was filed under Keith, Siberia, Written by Katrina and was tagged with baby boy, seven months.