Last weekend, I had the opportunity to attend a women’s retreat just on the outskirts of the city. It was a relaxing and encouraging time with the seven other women that were there (and two baby boys). We met for a long weekend at a small hotel, pictured below, and had lots of good conversations, times of singing, walking and a couple outings. 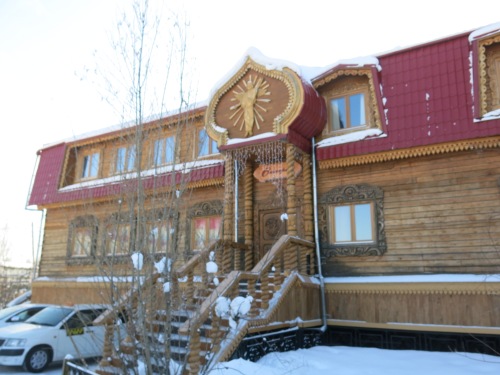 Keith and I were talking with the cleaning lady one morning while waiting for one of the ladies before breakfast. Later she brought me a flower and said, Happy Women’s Day (International Women’s Day is always on March 8, and a big deal in Russia).

It was really sweet of her and brightened up my room.

The surrounding area was woodsy and beautiful.

This place we walked to is called Chochur Muran (Чочу́р Мура́н) which our family has walked to once before. It’s really pretty there this time of the year with all the snow.

Keith and I on the ice throne 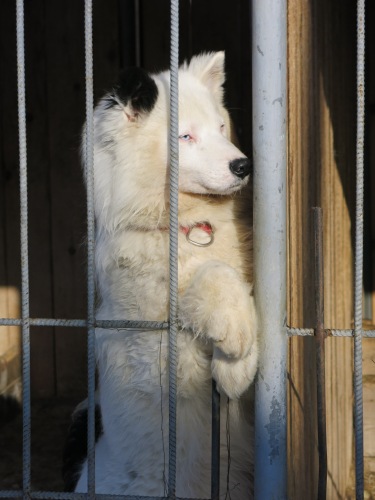 Dog sledding time! That was really fun! We just went around a loop in a field, but it was still really fun!

Here are two short videos to give you an idea of what it was like:

They also had a reindeer sled. I declined from riding these guys (I think one was female), they were a little crazy. The guy there had them tied to the post, and as soon as he untied them they were raring to go. The girls who did ride them held on really tight to a rope tied down the middle of the sled. Only after the reindeer starting running, the guy jumped quickly onto the front of the sled. 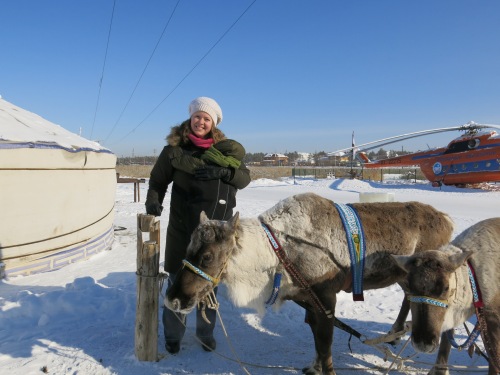 A picture with them was good enough for me. 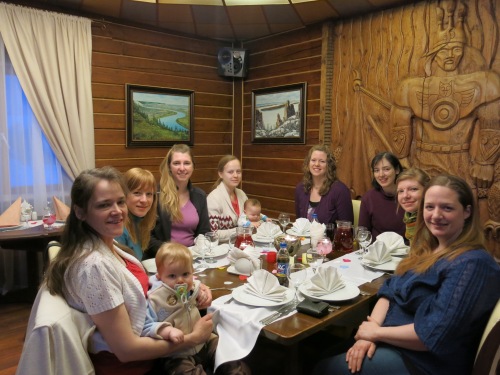 Our group the last evening, in the restaurant at the hotel.

Outside of the city

Not too long ago, we went on an outing with some of our friends here. They took us to visit a place called Chochur Muran (Чочур Муран) which is an ethnographic complex. Ethnography is the branch of anthropology that deals with the scientific description of specific human cultures.

Walking down the road toward the complex

View from the road

Entrance into the complex

The girls are ready to go! 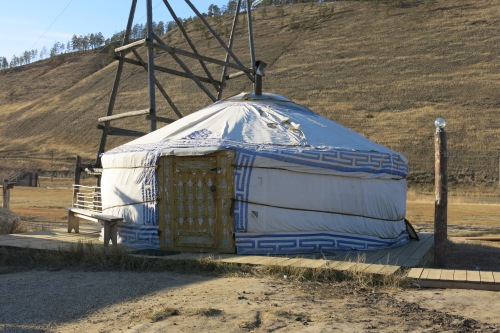 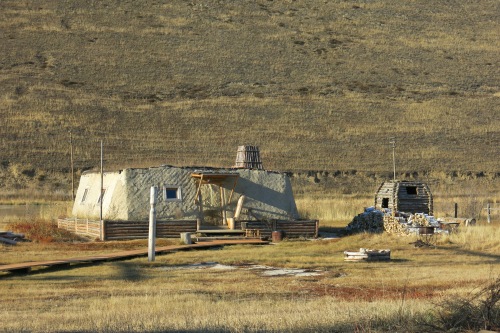 A Balakhan – traditional dwelling place from long ago

The ducks were walking on the frozen water 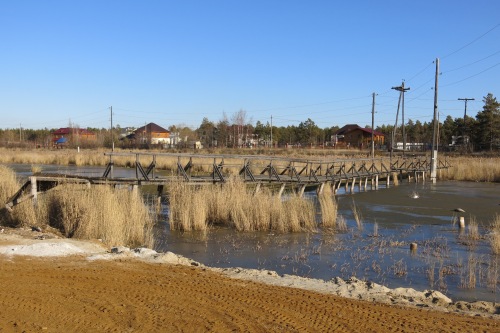