On Monday evening, we went with Micah’s mom to Victory Park (Парк Победы – Park Pobedy), which was also a first time for Micah and I as well.

“The memorial complex was inaugurated May 9 1995, to the 50th anniversary of the Great Victory (the holiday of victory of the USSR over Nazi Germany in World War II 1,941). In the warmer months is a place of mass festivals.” 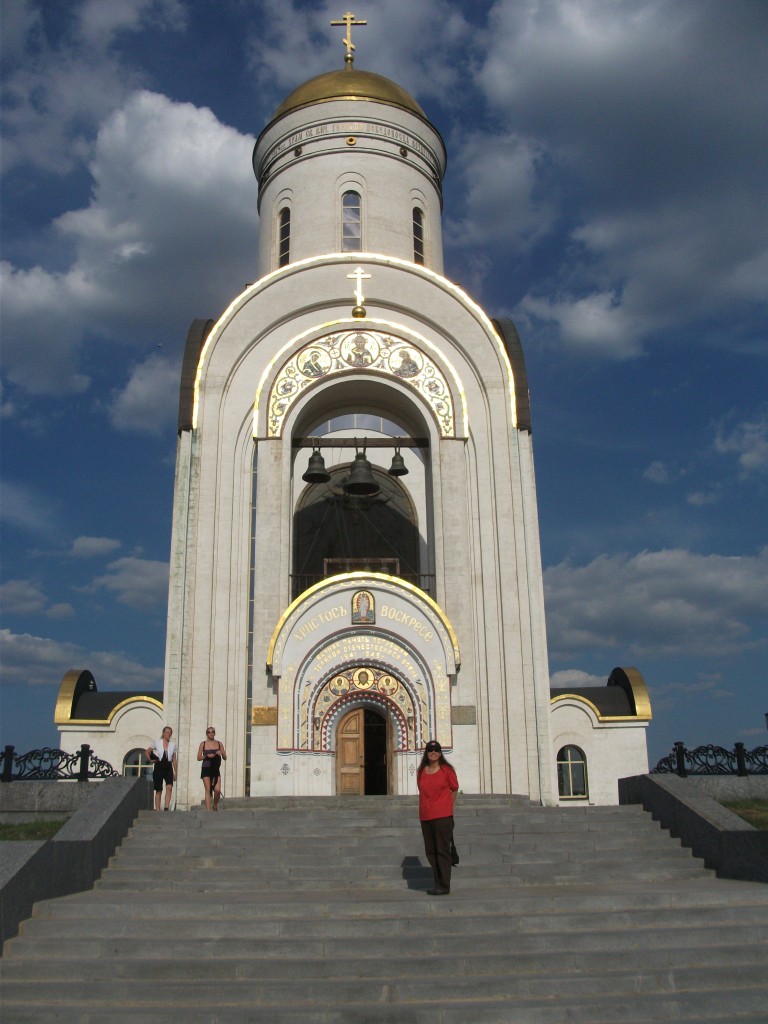 The Victory Monument
“The obelisk of very solid steel weighing 1,000 tons and a height of 141.8 meters (10 inches for each day of the war), covered with bronze reliefs. At an altitude of 122 meters to the stele mounted 25-ton bronze statue of the goddess of victory Nike. At the foot of the obelisk, the granite podium, a statue of St. George , which struck the snake with a spear – a symbol of the victory of good over evil. Opened May 9, 1995 in the Victory Memorial.”

**Please be thinking of Micah, he caught some kind of bug the beginning of this week and hasn’t been feeling too great.