Today our teacher brought us a special treat to try, caviar. Here it is a very common thing to eat since Russia is the second largest producer and exporter of caviar. Here is an excerpt from Wikipedia… “Given its high price in the West, caviar is associated with luxury and wealth. In Russia and other Eastern European cultures, though still expensive, caviar is commonly served at holiday feasts, weddings, and other festive occasions. In Russia, the concept generally includes both sturgeon roe (black caviar) and salmon roe (red caviar), the former not necessarily superior to the latter.” 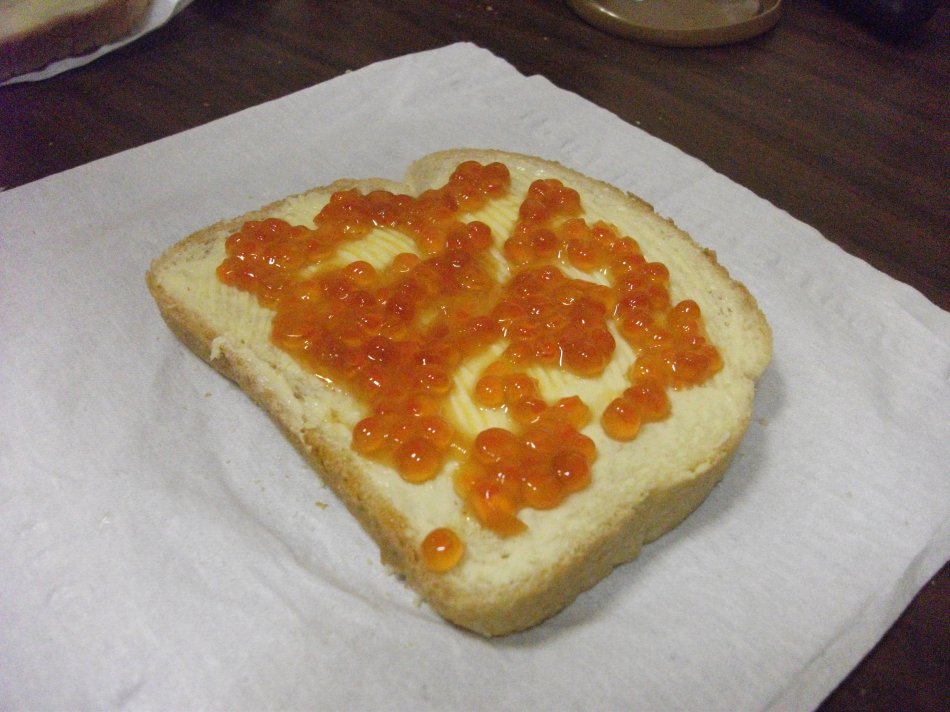 We both really liked it! It has a fishy taste, of course, and is a little salty. But when it’s spread thin on some buttered bread it is really good.