For New Years Eve we were invited to go to a party at the apartment of some our Russian friends. We had planned on maybe coming home around 11, but as you probably know, plans usually don’t work out the way you think they will. So we got to their house around 8, talked and ate a LOT of food, and then I thought I would try and lay down with Violet on their bed so she could get some sleep. Well, she is used to being in her crib, so this didn’t work out. Eventually close to 12, her and I went back out to the main room so we could count down to the new year. Right before midnight, President Medvedev gave a short speech on tv. Then they showed the Kremlin clock tower chimes ringing at midnight twelve times, after that the tv played the Russian national anthem. And then the fireworks began. On tv and everywhere in Moscow, and they were going off for a few hours.

After a while they decided to play games, so around 2 am Violet finally fell asleep. Micah went to bed around 4 and I did too around 5 am. The rest of the guests left about this time too. It was a very long night, but we had a good time being with our friends for New Year’s Eve.

New Years Eve here is the main holiday is Russia, from January 1st thru the 13th, which most people usually have off work. They do gift giving on New Years, which is very small unlike in America. And they do have Santa Claus, but they call him Дед Мороз (Ded Moroz) also known as Father Frost. 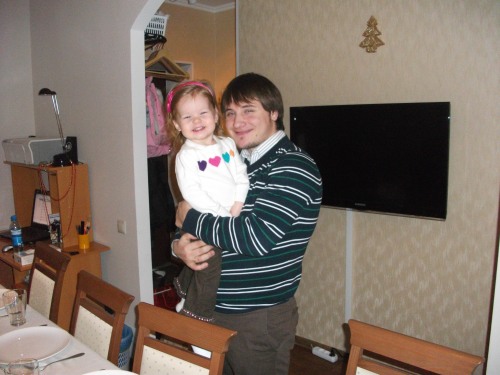 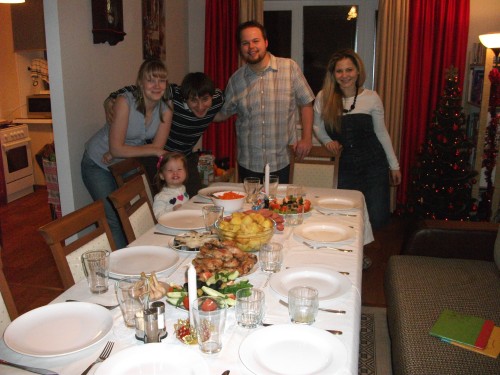 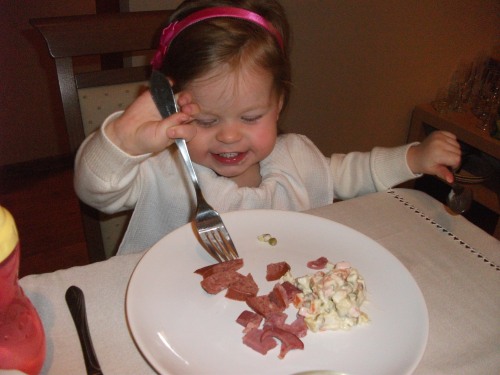 Violet is happy to eat 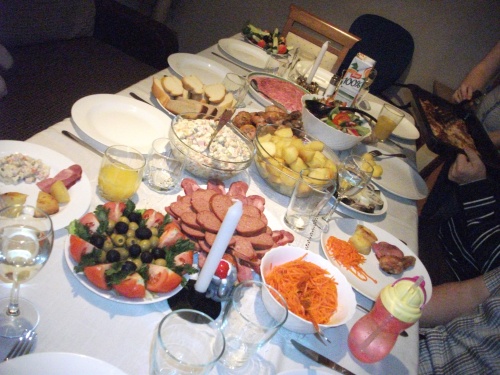 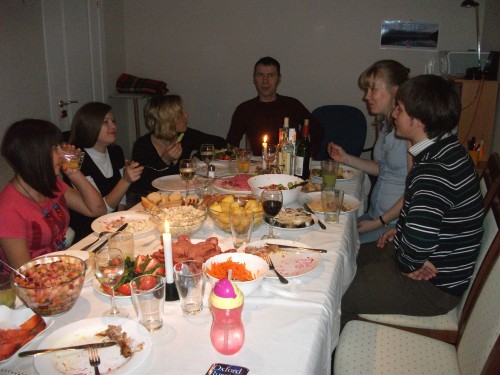 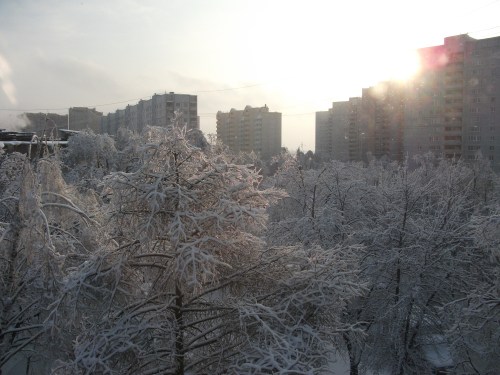 view from their apt. in the morning

On New Years day Elisabeth came over for dinner and for dessert she brought over some marshmallows, chocolate and graham crackers that someone sent her to make s’mores. They were so good, even if we had to broil them. 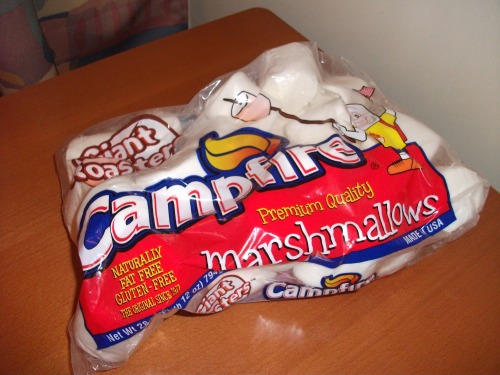 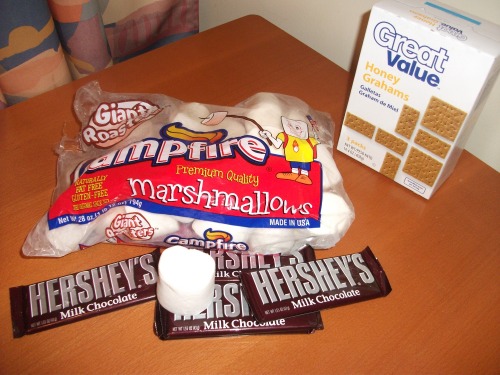 nope! gigantic ones. those are regular size hershey bars 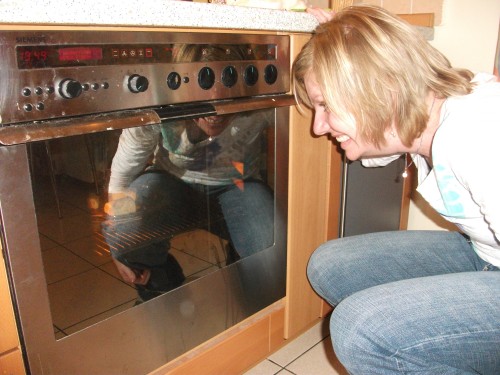 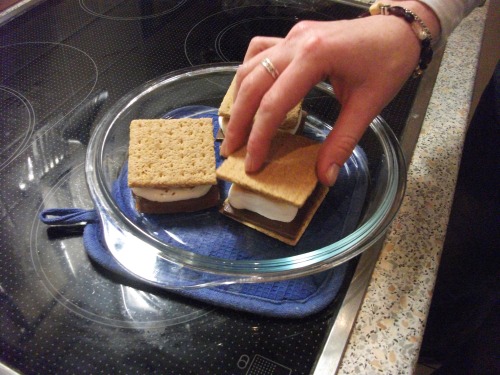 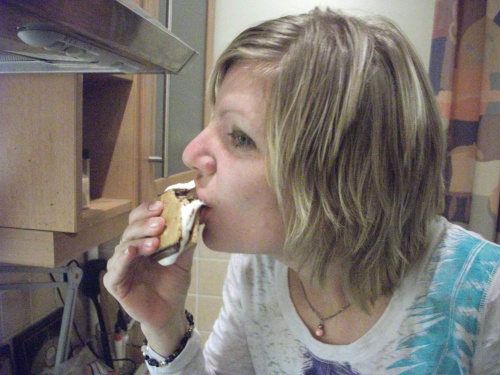 yes, they were delicious!

This entry was posted on January 5, 2011 by mkv09. It was filed under Moscow, Written by Katrina .